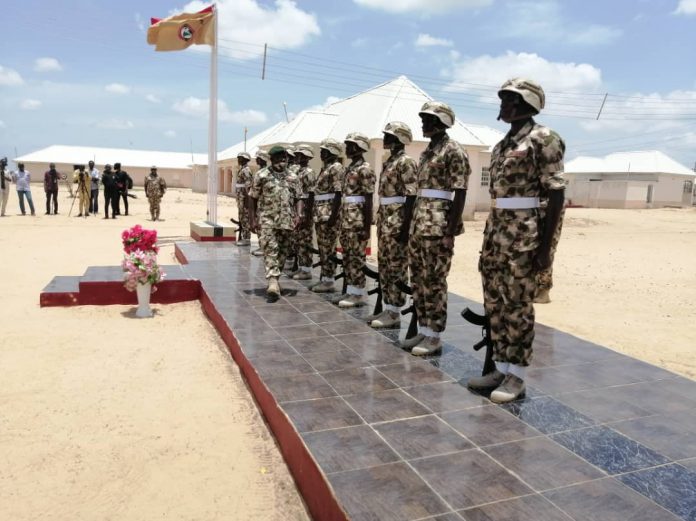 Nine Military Sports contigents made up of West African and Sahel nations on Monday commenced the First Chief of Defence Staff/Organisation of Military Sports in Africa (OSMA) Sahel Military Games for Peace and solidarity in Abuja with the Minister of science, Technology and Innovation, Dr Ogbonanya Onu saying the hosting of the games in Nigeria was timely considering the current security situation confronting Nigeria and the Sahel nations.

Fourteen countries are expected to participate in the games but the nine already on ground are host Nigeria, Burkina Faso, Cameroon, Congo Brazzaville, Guinea Conakry, Kenya, Mali, Tanzania and Tchad.

The minister who is a patron of OSMA, Nigerian Chapter said since the entire African continent especially the Sahel region was bedeviled by insurgency and other security challenges, the coming together of the continent’s armed forces would be a force multiplier.

According to him, “security remained the most important tool that could attract investment that would engender growth and development of a nation. Insecurity and political instability has sent many African sons and daughters out of the continent with many dying in the Mediterranean sea.

“We believe very strongly that if members of the armed forces of the countries in this region can be meeting, pengaging in sporting activities together, eating together in a very good environment it will help.

“This is like a new beginning and this tree that we are planting today will grow into a tree that will help to solve many of the security challenges facing the Sahel region through non-kinetic means,” he said.

He commended the Chief of Defence Staff and OSMA President for the initiative to bring the  armed forces together to compete in sports saying, “The leadership of our armed forces have demonstrated will to ensure that the officers and men maintain professional standards, discipline, loyalty and dedication in the performance of their duties”.

In his address, Chief of Defence Staff, Gen. Lucky Irabor, said the competition was part of need to ensure that the personnel of armed forces continue to maintain a high level of mental alertness and physical fitness.

He said physical fitness remained the cornerstone of mental and combat readiness, adding that it helps to keep servicemen and women in top form to enable them carry out missions successfully.

“All nations must ensure that the personnel of their armed forces remained mentally and physically prepared at all times while living no one in doubt about their ability to defend the nation.

Continuing the CDS said the commencement of the maiden addition of the military games for peace and solidarity heralded the exploitation of the non kinetic aspects of operation to mitigate the war against insurgency and banditry that are most prevalent within the Sahel countries.

His words, “The timing for the organisation of this event is therefore apt as it directly test the physical readiness of our personnel to face these challenges while also keeping fit.

“By organising this event, we are mindful of the need to foster comradeship among our armed forces in a bid to meet in the mandate of our professional calling.

“This year’s event is also intended to promote synergy through military sports interaction as well as cement African brotherhood.

“I wish to encourage all the athletes here to imbibe the spirit of sportsmanship and strive to put in optimal performance towards winning laurels for their ,” he said.

In his welcome address, OSMA president, Brig.-Gen. Maijano Abdullahi, said the organisation of the game was in keeping with the promise he made during his campaign to become the president of OSMA.

Abdullahi said the tournament intended to demonstrate example of cooperation between the participating countries in solidarity and in African brotherhood.

He said the maiden edition was limited in scope to only football, golf and marathon, adding that the next Championship to be hosted by Chad would feature combat race, shooting, boxing and basketball.

He added that there are already suggestions that the number of participating countries should include all African to increase the scope of the event.

Be thanked the CDS for approving the hosting of the game in Nigeria and all the sponsors making the game a reality.

The OSMA president disclosed that 10 of the 14 countries expected had arrived while the remaining four were expected to arrive tonight.

How Gallant Brig-Gen Dzarma & 3 soldiers were killed in ISWAP encounter; They courageously defended Nigerians even at the price of their own lives-COAS.