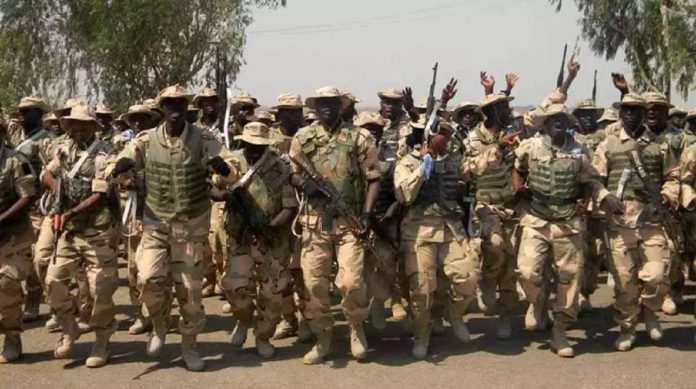 The Thearter Commander while inaugurating the both at the Maimalari Continment officer’s mess  said the trials are regimental and judicial exercises  aimed at reviewing, or removing the rights and privileges of any convicted service personnel found wanting in the discharge of their duties.

“It is unique to the military and a tributary of criminal trial that flows into the sea of Nigerian Criminal Justice System “.

Gen Musa said the the conduct of military trials under the armed forces Act is to deal with matters that pertain directly to the regimentation  discipline, efficiency and morale of the military personnel.

He said that, to maintain  the Armed Forces in a state of readiness, the military as an institution must be ready to enforce internal discipline effectively in accordance with the existing laws.

He therefore charged the courts to emphasize on laid down statutory laws and the traditional military regimentation with due adherence to the fair hearing requirements as enshrined in the constitution of the Federal Republic of Nigeria, 1999 (as amended).

His wirds, “I therefore urge you all to discharge your duties diligently without fear, favour or affection.

“I wish to employ the courts once again to discharge their duties while strictly guided by the need to do justice to the accused, justice to the victims if the alleged infractions, and justice to the state whose laws are alleged to have been broken”, General Musa said.

He said the two courts are expected to  try 158 officers and soldiers of the theater command who have been alleged to have  committed various degrees of offences against the Nigerian Constitution and Nigerian Army Law while in service and on duty.