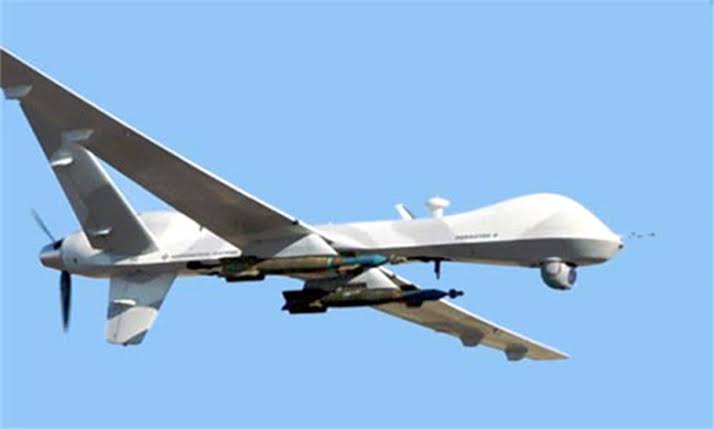 With a range of 1,150 miles, and the ability to fly at altitudes of 50,000 feet (higher than civilian commercial Airplanes), the MQ-9 Reaper system is an “armed, multi-mission, medium-altitude, long-endurance” remotely piloted aircraft designed primarily for offensive strikes.

Given its significant loiter time, wide-range sensors, multi-mode communications suite, and precision weapons — it provides a unique capability to perform strike, coordination and reconnaissance against high-value, fleeting, and time-sensitive targets,”

The drone can also conduct surveillance, assist in search and rescue missions, and allow US forces to “conduct irregular warfare operations.”

With near absolute silence during flight, Its’ a significant acknowledgment of the rapidly evolving, and expanding, role of Remotely Piloted Aircraft by the US Air Force during military operations, and when at War.

The MQ-9 Reaper drone, which became operational in 2007, has a wingspan of 66 feet, and a cruising speed of roughly 230 mph.

It’s operated remotely by a pilot, and a sensor operator, from afar, and costs $64.2 million per unit, which includes four aircrafts.

Nigerian military has made enormous gains over ISWAP — Experts

Only a stupid soldier will think of a coup – IBB

Opinion: The Courage to Dare