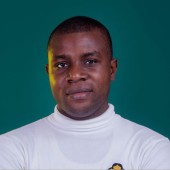 ***Warns Against Cowardice, Indiscipline. Following his declaration last week that his command of the Nigerian Army and strategy to deal with the Boko Haram terrorism menace to be pursued by action rather than talking, Chief of Army Staff, Major General Tukur Buratai has renamed the code name for the war on terror from ‘Operation Zaman […]

***IGP awards post-humous promotions to deceased officers. The Inspector General of Police, Solomon Arase has saluted the courage and gallantry displayed by officers of the Yobe State Police Command in containing the menace of insurgency in the State following the uncompromising spirit showed by three police officers who lost their lives last Monday. While regretting […]

Says I Knelt Down to beg Bisi Akande to accept Buhari as Joint Presidential Candidate for ACN & CPC IN 2011. Immediate past National Security Adviser, Colonel Sambo Dasuki (rtd), has sworn that he never maltreated nor took part in maltreating President Muhammadu Buhari when he, as military head of state was removed in a […]

Following his determination to sustain the air power domination by Nigerian Airforce fighter aircraft in the war against terrorism, the new Chief f Air staff, AVM Sadique Abubakar during the week embarked on an operational visit to its offensive bases. During the whirlwind visit, Air Vice Marshal Abubakar carried out on the spot operational status […]

THERE ARE NO YOBE LGs under BOKO HARAM CONTROL – Gov. Geidam.

In response to the directive of Chief of Army Staff, Major General Tukur Yusuf Buratai, Nigerian troops prosecuting the war on terror, have increased the tempo of their offensive as they kill many terrorists during a recent combat operation along Dikwa-Maiduguri Road in Borno State. Recall that in renaming the counter-insurgency operation from ‘Zaman Lafiya’ […]

Authorities of Army headquarters yesterday in Abuja debunked a report which emanated from the Media Forum of the Islamic Movement of Nigeria alleging that soldiers attacked Shaikh Ibraheem Zakzaky’s convoy in Abuja. A statement in this regard signed by the Acting Director, Army Public Relations, Col. Sani Usman said, “The attention of Nigerian Army has […]

Shortly before the shift in the date of the 2015 general elections which was initially schedule for February 14 to March 28, the National security adviser, Col. Sambo Dasuki (rtd), was invited to Chatham House in London to speak on the challenges and shortcomings that may threaten the smooth conduct of the elections. As the […]

How the Dramatist Personael within the Military Respond to Crushing Defeats on Boko Haram Terrorists.

Since the ‘real’ Nigerian military establishment, noted for its daring and dogged ability to take on all comers in any theatre of conflict; a military that went saw and conquered in places like Liberia, Sierra Leone, Rwanda, Somalia and several other scenes of more frightening wars around the world, showed up for the final battle […]

Against the backdrop of continuing Boko Haram attacks in the North East states especially now through the soft target approach of using suicide bombers, a senior army officer has pin-pointed access to illegal funds as one of the major factors emboldening the terrorist group. According to Colonel EV Onumajuru, the Commander, 81 Division Intelligence Command; […]